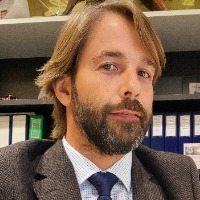 Pablo Cons, of Spanish nationality, is the General Manager of AC Hotel Porto by Marriott. With an extensive career in Urban hotels 4 stars. Started his career with the group in 2002, as a night Audit at AC Hotel Coruña A year later, he was promoted to Hotel Reception Manager, a position he held until 2006. In April 2006, the AC Hotel Vila de Allariz was inaugurated, in which he worked for 4 months as a trainer for the hotel's staff. In July 2007 he was promoted to Reception Manager at the AC Hotel Palacio Universal in Vigo, where he held the position until November 2014. 2011 The AC Hotels chain signs a Joint Venture with Marriott to create the AC Hotels by Marriott brand. In 2011, he trained the northwest area of reception teams at 11 hotels. In November 2014 he decided to come to AC Hotel Porto by Marriott as a supervisor for the reception and the different departments of the hotel. In March 2016, he assumed the position of General Manager of AC Hotel Porto by Marriott.